Elimination method. Adjust the gap of each part of the machine to enhance the rigidity of the machine. When contacting the tool holder claw, make sure that the surface of the claw is in contact with the work piece without excessive force. More cutting depth (0.05～0.1) mm at the tool joint to eliminate the "make knife" phenomenon when the tool is being moved. The size of the cutting depth should be mastered by the rules of the machine tool and flexibly mastered. 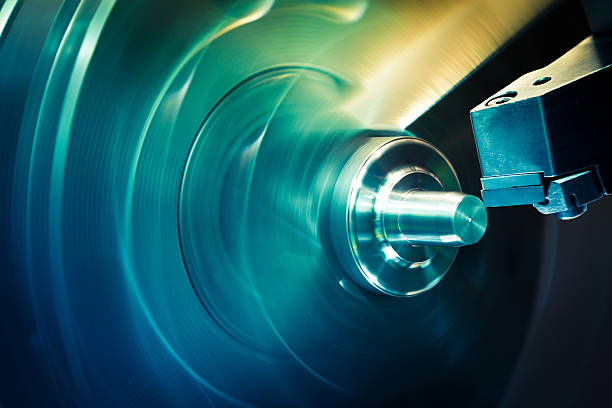 3. When doing lathe processing, how to prevent the center drill from breaking when drilling a small center hole

Using a sleeve to clamp the work car is eccentric, and its clamping efficiency is 6 to 8 times higher than that with a four-jaw chuck.

5. The method of rotating shaft when doing lathe processing

The screw conveyor mechanism is widely used in factories that transport granular materials. When the spiral shaft in this mechanism is manufactured, its spiral pieces are welded with steel plates. This spiral plate has a high tooth shape, a small bottom diameter, and an outer diameter that must be coaxial with the journal. To meet this requirement, the outer diameter of the screw shaft must be turned with a lathe.

This type of shaft is generally long. When machining the outer diameter, due to the large pitch, deep tooth, thin tooth, poor rigidity, and intermittent cutting, the tooth part is vibrated by the cutting impact, making it unable to cut normally, but also damaged Cutter. In order to solve this problem, the cutting speed, cutting depth and feed have to be reduced, which greatly reduces the work efficiency.

In order to improve work efficiency and quality, a simple and easy method of turning threads is adopted, the hanging wheel is hung according to the pitch of the spiral shaft, and the large screw is used to drive the large carriage to carry the tool for turning. After turning the first knife, remember the scale of the middle carriage. After the big carriage returns, move forward (0.5-0.7) mm with the small carriage, and then start to walk the second cutter, until the outer circle is turned. 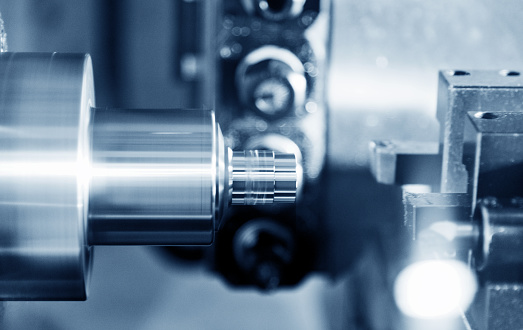 6. Processing of threads other than the nameplate of the lathe when doing lathe processing

In many mechanical transmissions, the pitch and lead of the multi-head worm, multi-head screw, multi-head spiral spline, variable lead worm, double lead variable thickness tooth worm, helical gear meshing worm, etc. are not found on the nameplate of the lathe. Processing brings difficulties. Now we introduce a solution to find the required pitch (or lead) on the lathe nameplate, which can save the trouble of hanging wheels.

For example, on a imported milling machine, a worm that meshes with a helical gear has a normal modulus of 3.175 and a circumferential modulus of 3.184. The 3.184 module cannot be found on a lathe. If you want to process it, you need to calculate and make a hanging wheel. After calculation and analysis, the module pitch is converted into metric pitch, that is 3.184×3.1416=10.003mm, so that it can be processed according to the pitch of 10mm.

In the overhaul and maintenance of equipment, most of them measure the pitch of the thread in metric system, so that non-standard pitch will appear. In fact, the thread is divided into ordinary, inch system, modulus, diameter joint and non-standard thread, and their pitch can be converted between each other. For example, 9.4248mm, 12.5664mm, 12.7mm, 25.4mm and 7.9756mm can be processed according to other types of threads. The result is P=9.4248mm and P=12.5664mm, which are module 3 and module 4, respectively.

When machining a large diameter and long internal cone hole on a lathe, if the general turning method is adopted, due to the poor rigidity of the cutter bar, the vibration during turning, the cutting amount is small, and even the cutting is impossible. For this reason, tooling was adopted, and many large-scale inner holes or inner cone holes were successfully processed on many occasions.

This tooling is used to process large internal holes on a lathe. The operation is very convenient, and the structure is simple. The rigidity of the cutter bar is good.

8. Change the number of teeth of the driving wheel of the hanging wheel box and increase the range of the worm thread of the car

Increase the number of teeth of the main wheel of the C620-1 lathe hanger box 32 to 48 teeth, then the modular threads that are not on the nameplate can also be processed. If the 32 teeth of the driving wheel are changed to 64 teeth, then the worm can be independent of the speed ratio of the main shaft, and the low-speed precision turning is used to help improve the surface roughness of the thread.

The process method of reducing the surface roughness of the slender shaft (rod) on the lathe is one using the single-wheel honing method; the other is the rolling method. This is an effective measure that uses simple tools and processes on the lathe to solve the low roughness requirements and the problem of grinding without a grinder.

The rolling processing of the slender shaft (rod) can efficiently reduce the surface roughness while improving the surface hardness and wear resistance. Due to the poor rigidity of the workpiece, the follow tool holder must be used when rolling. The method is the same as the slender shaft of the rough turning, that is, the follow tool holder is placed in front of the rolling tool, so as to avoid the claw of the follow tool holder from scratching the workpiece surface. Both rigid and elastic rolling tools can roll the elongated shaft (rod). The rolling times are generally not more than twice. The rolling speed is (20 ~ 30) m/min, and the feed rate is (0.1 ~ 0.2) mm/r. It is lubricated by engine oil and can also be lubricated by emulsion.