The mechanics of lathes are endless and can be roughly divided into the following five categories of lathes:

1) Ordinary mechanical lathes are easy to learn. Finding a lathe processing department is better than what you learned in school.

2) Mold lathe, especially precision mold lathe. Strict requirements on tools and precise dimensions. You need to know what kind of steel has a good glazing effect, that is, a mirror surface; the product of this set of mold is ABS material or other material, the elasticity of the plastic parts is a few wires... a lot of common knowledge, such as plasticine An essential tool for lathe workers. The car comes out with a better finish, easy to polish, and to achieve a mirror effect. It needs a plastic mold base. 4 claws are commonly used. Generally, several templates are added together. Plastic mold thread knowledge must be mastered. It is more difficult.

3) Tool turning, machining reamers, drills, alloy cutter heads, etc... This kind of turning is the simplest, best dry, and the most tiring, usually mass production, the most commonly used is the double top, Turning taper and flow modulus should be the fastest and easiest to reduce tool wear to a minimum, because the products processed by this turning machine are not much harder than your white steel knife, and your alloy knife is well ground. It completely affects your grades.

4) Large-scale equipment lathes. Such lathes must have senior skills, and young people basically dare not car. There are many times when using a standing car. Example: When you turn a crankshaft, you have to read the drawings repeatedly n times, which one is the first to be the second, which is the amount of grinding, or directly processed to the size, whether the thread is positive or negative, and other advanced technologies.

5) CNC lathe. This lathe looks simple, but it is also the most difficult. You have to look at the drawings, programming, conversion formulas, tool applications, as long as you master its lathe theory and have a certain knowledge of mathematics, machinery, CAD Get up quickly. 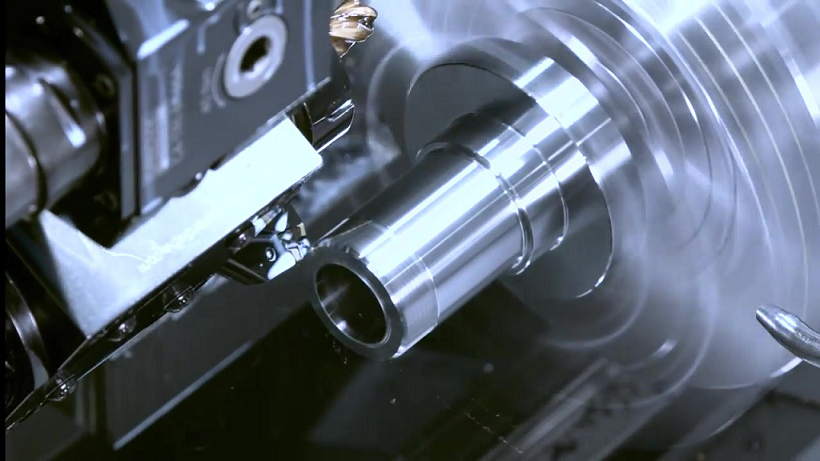 1. Problems that should be paid attention to when turning a slender shaft at high speed when do lathe processing

"The lathe is afraid of the rod." This sentence reflects the difficulty of turning slender rods. Due to the characteristics and technical requirements of the slender shaft, when turning at high speed, it is easy to produce defects such as vibration, polygon, slub, cylindricity difference and bending. If you want to drive it smoothly, you must pay full attention to the problems in the process.

1) Machine tool adjustment, the connection between the center line of the lathe spindle and the tailstock and the large guide rail of the lathe must be parallel to the upper and lower, left and right, the tolerance should be less than 0.02mm; the workpiece is installed, during the installation, try not to over-position, use chuck to clamp At one end, do not exceed 10mm; cutter, use κr=75°～90° offset cutter, pay attention to the secondary clearance angle α′0≤4°～6°, it should not be large. When the tool is installed, it should be slightly higher than the center.

2. Problems that should be paid attention to when turning a slender rod with a reverse tool when do lathe processing

In order to prevent the slub shape, when the B section of the rack is finished, carefully follow the knife holder, and then reverse the knife after the knife, when the tip of the knife is approaching point A, use the middle carriage handle and eat deep ( 0.04～0.08)mm, but it should be flexibly controlled according to the cutting depth. 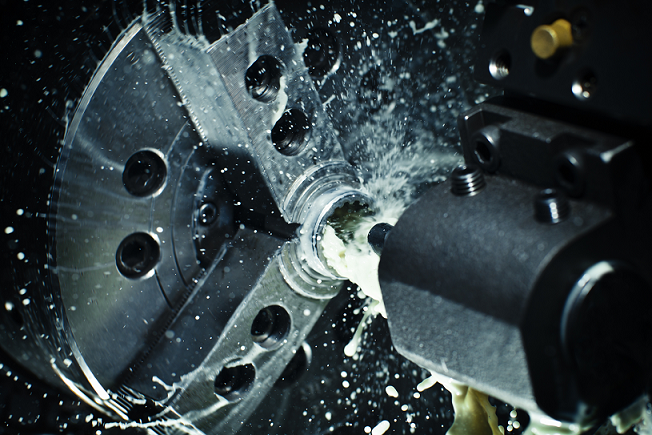 In the process of rolling the workpiece, the rolled workpiece bends due to uneven hardness of the surface layer under the action of external force. At a high point in the center of rotation of the bend, the rolling pressure is high, and the plastic deformation is also large, which makes the bending degree of the workpiece more increased. This phenomenon is particularly prominent when using rigid rolling tools.

For the larger diameter and longer length, there are several bent screws, the use of extrusion straightening, the effect is very good.

(1) Working principle. Using a straightening tool, under the action of external force, the bottom surface of the screw thread is squeezed to plastically deform the surface and extend axially to change the internal stress of the screw and straighten it.

(2) Straightening method. First measure the bending position and direction of the screw on the lathe or the platform, and then move the curved concave part upward and the convex side down to contact the metal backing plate. Within the range of 200-300 mm in the recess, use a special flat shovel and a hammer to strike the bottom of the screw, deform the metal of the small diameter of the screw, and achieve the purpose of straightening. Throughout the process of straightening, the bending is detected, and the flat shovel is pressed against each other alternately until the screw is straightened. This method is simple and easy to apply, not only for large and small screws, but also for straightening shaft blanks, and it is not easy to recover after straightening. 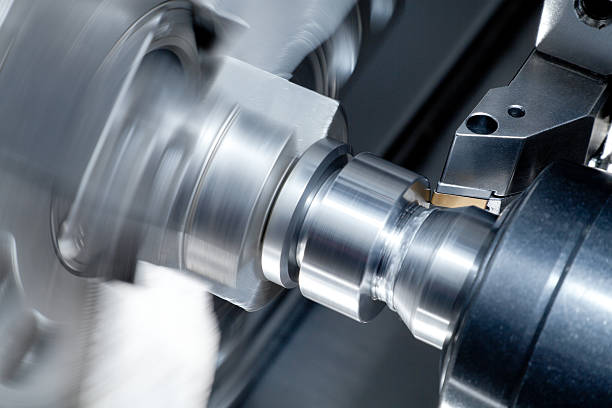 5. Processing of rubber thread when do lathe processing

Because the hardness of rubber is very low, the elastic modulus is only 2.35N, which is equivalent to 1/85000 of carbon steel. Under the action of external force, it is very easy to deform and it is difficult to cut. Especially cutting some special-shaped threads is more difficult.

The thread lead is small, and the nameplate of the lathe is available, which can be obtained by directly pulling the handle of the lathe. When there is no nameplate on the lathe, the required change wheels must be calculated. Generally, you can check the manual, or you can use the calculation method to find and manufacture the required hanging wheels.

Generally, when the thread lead is greater than 300mm, the spindle speed must be reduced to avoid affecting the quality of the thread grinding due to the high spindle speed, but also make the operation tight or damage the parts into the tool box. The methods of deceleration are: changing the diameter of the active and passive pulleys; adding a reduction box outside the lathe.

The use of grinding rubber threads on a lathe is a high-efficiency and high-quality processing technology. The grinding method is adopted successively. The processing lead is (1.5 to 1280) mm single-head and multi-head rubber threads, and their quality is in line with Claim.

6. The method of step deep hole turning when do lathe processing

When turning a hole with a length-diameter ratio greater than 4 on a lathe, due to the poor rigidity of the cutter bar and vibration during cutting, the cutting efficiency and the quality of the processed surface are affected, which makes it difficult to turn. Especially when the hole diameter is large and the hole is deep, and there are steps, the machining is more difficult due to the influence of the tool bar and the rigidity of the machine tool. In order to improve the quality and efficiency of workpiece processing, tooling was designed and manufactured, and the deep hole of the step was turned, and the effect was very good.

The characteristics of the tooling: the support sleeves are used to support the cutter bar at both ends, which greatly increases the rigidity of the cutter bar, so that the cutting is free of vibration, and the roughness of the processed surface is ensured; the support sleeves at both ends are used to support the turning of the cutter bar to ensure the clearance between the holes Position accuracy; easy to operate, the efficiency is more than 5 times higher than the traditional reaming method.

7. Method for adjusting the center frame when turning large hollow workpieces when do lathe processing

When turning the inner hole and end face of a hollow workpiece with a relatively large length and diameter, a center frame is required. If the center frame is not adjusted well, and the axis of the workpiece does not coincide with the axis of the spindle of the machine tool, the center of the face and the taper error of the bulge and hole will occur during processing. In severe cases, the work piece comes out of the chuck, causing an accident.

PREVIOUS：Skills and experience of CNC lathe machining
NEXT：What are the Main Founction of CNC Milling Machine?