CNC machining, What is CNC Machining?


CNC machining is a manufacturing process in which computer software controls the movement of tools and workpiece. The process can be used to control complex machinery movements, from grinding machines to EDM machines, from lathes to milling machines. With CNC machining, 3D cutting and removing tasks can be achieved.

CNC machining process can be used to control a range of complex machinery, from grinders and lathes to mills and routers. With CNC machining, three-dimensional cutting tasks can be accomplished in a single set of prompts.

Short for “computer numerical control,” the CNC process runs in contrast to — and thereby supersedes — the limitations of manual control, where live operators are needed to prompt and guide the commands of machining tools via levers, buttons and wheels. To the onlooker, a CNC system might resemble a regular set of computer components, but the software programs and consoles employed in CNC machining distinguish it from all other forms of computation.

Things to Learn About CNC Machining

When a CNC system is activated, the desired cuts are programmed into the software and dictated to corresponding tools and machinery, which carry out the dimensional tasks as specified, much like a robot.

In CNC programming, the code generator within the numerical system will often assume mechanisms are flawless, despite the possibility of errors, which is greater whenever a CNC machine is directed to cut in more than one direction simultaneously. The placement of a tool in a numerical control system is outlined by a series of inputs known as the part program.

With a numerical control machine, programs are inputted via punch cards. By contrast, the programs for CNC machines are fed to computers though small keyboards. CNC programming is retained in a computer’s memory. The code itself is written and edited by programmers. Therefore, CNC systems offer far more expansive computational capacity. Best of all, CNC systems are by no means static, since newer prompts can be added to pre-existing programs through revised code. 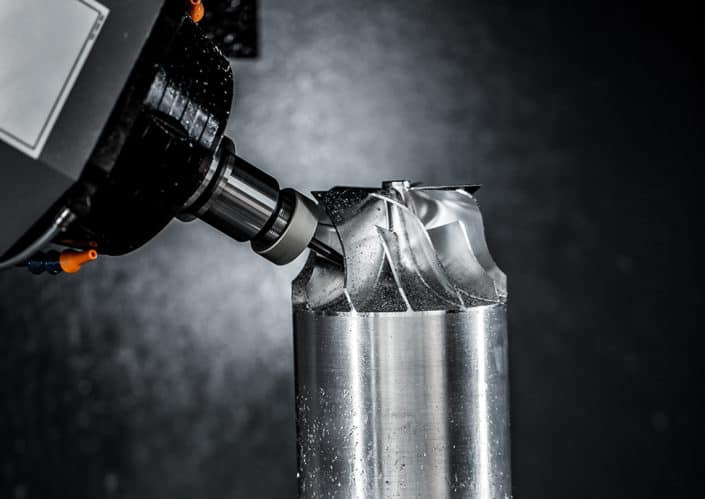 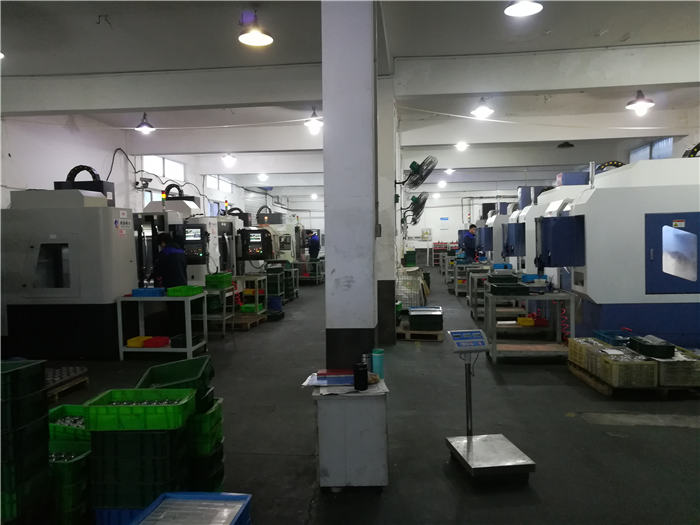 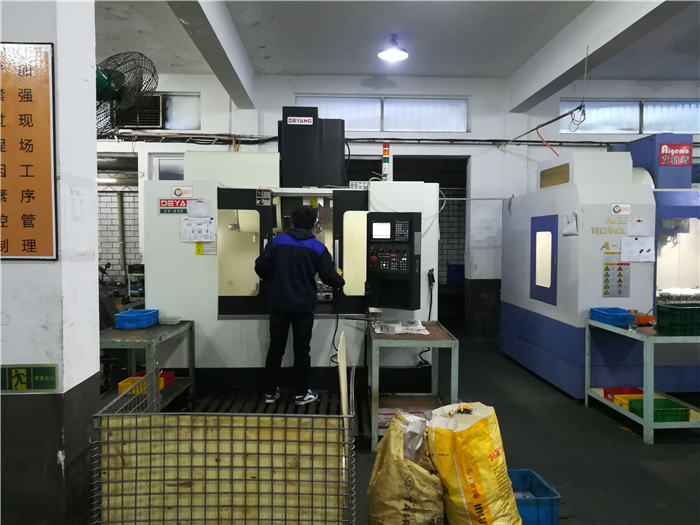 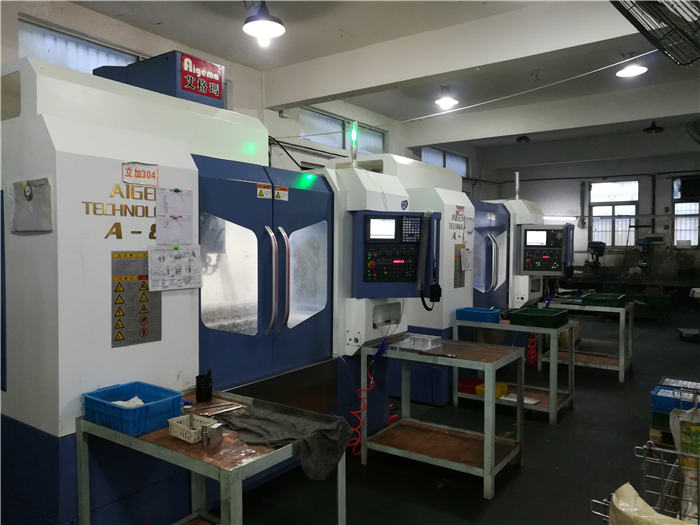 In CNC, machines are operated via numerical control, wherein a software program is designated to control an object. The language behind CNC machining is alternately referred to as G-code, and it’s written to control the various behaviors of a corresponding machine, such as the speed, feed rate and coordination.

Basically, CNC machining makes it possible to pre-program the speed and position of machine tool functions and run them via software in repetitive, predictable cycles, all with little involvement from human operators. Due to these capabilities, the process has been adopted across all corners of the manufacturing sector and is especially vital in the areas of metal and plastic production.

For starters, a 2D or 3D CAD drawing is conceived, which is then translated to computer code for the CNC system to execute. After the program is inputted, the operator gives it a trial run to ensure no mistakes are present in the coding.

In CNC machining, movement is usually directed across X and Y axes. The tool, in turn, is positioned and guided via stepper or servo motors, which replicate exact movements as determined by the G-code. If the force and speed are minimal, the process can be run via open-loop control. For everything else, closed-loop control is necessary to ensure the speed, consistency and accuracy required for industrial applications, such as metalwork.

In today’s CNC protocols, the production of parts via pre-programmed software is mostly automated. The dimensions for a given part are set into place with computer-aided design (CAD) software and then converted into an actual finished product with computer-aided manufacturing (CAM) software.

Any given work piece could necessitate a variety of machine tools, such as drills and cutters. In order to accommodate these needs, many of today’s machines combine several different functions into one cell. Alternately, an installation might consist of several machines and a set of robotic hands that transfer parts from one application to another, but with everything controlled by the same program. Regardless of the setup, the CNC process allows for consistency in parts production that would be difficult, if not impossible, to replicate manually.

The earliest numerical control machines date to the 1940s when motors were first employed to control the movement of pre-existing tools. As technologies advanced, the mechanisms were enhanced with analog computers, and ultimately with digital computers, which led to the rise of CNC machining.

The vast majority of today’s CNC arsenals are completely electronic. Some of the more common CNC-operated processes include ultrasonic welding, hole-punching and laser cutting. The most frequently used machines in CNC systems include the following:

CNC mills are capable of running on programs comprised of number- and letter-based prompts, which guide pieces across various distances. The programming employed for a mill machine could be based on either G-code or some unique language developed by a manufacturing team. Basic mills consist of a three-axis system (X, Y and Z), though most newer mills can accommodate three additional axes.

In lathe machines, pieces are cut in a circular direction with indexable tools. With CNC technology, the cuts employed by lathes are carried out with precision and high velocity. CNC lathes are used to produce complex designs that wouldn’t be possible on manually run versions of the machine. Overall, the control functions of CNC-run mills and lathes are similar. As with the former, lathes can be directed by G-code or unique proprietary code. However, most CNC lathes consist of two axes — X and Z.

In a plasma cutter, material is cut with a plasma torch. The process is foremost applied to metal materials but can also be employed on other surfaces. In order to produce the speed and heat necessary to cut metal, plasma is generated through a combination of compressed-air gas and electrical arcs.

Electric-discharge machining (EDM) — alternately referred to as die sinking and spark machining — is a process that molds work pieces into particular shapes with electrical sparks. With EDM, current discharges occur between two electrodes, and this removes sections of a given work piece.

When the space between the electrodes becomes smaller, the electric field becomes more intense and thus stronger than the dielectric. This makes it possible for a current to pass between the two electrodes. Consequently, portions of a work piece are removed by each electrode. Subtypes of EDM include:

Sinker EDM, where an electrode and work piece are soaked in dielectric fluid for the purpose of piece formation.

In a process known as flushing, debris from each finished work piece is carried away by a liquid dielectric, which appears once the current between the two electrodes has stopped and is meant to eliminate any further electric charges.

In CNC machining, water jets are tools that cut hard materials, such as granite and metal, with high-pressure applications of water. In some cases, the water is mixed with sand or some other strong substance. Factory machine parts are often shaped through this process.

Water jets are employed as a cooler alternative for materials that are unable to bear the heat-intensive processes of other CNC machines. As such, water jets are used in a range of sectors, such as the aerospace and mining industries, where the process is powerful for the purposes of carving and cutting, among other functions.