8 metal brothers, each has a temper

Stainless steel is an alloy made by incorporating chromium, nickel and other metal elements into steel. The non-rusting property is derived from the chromium in the alloy. Chromium forms a strong, self-healing chromium oxide film on the surface of the alloy, which is invisible to our naked eyes. The ratio of stainless steel and nickel that we usually mention is generally 18:10.

At the beginning of the 20th century, stainless steel began to be introduced into the product design field as the original talent. Designers have developed many new products around its toughness and corrosion resistance, involving many fields that have never been involved before. This series of design attempts are very revolutionary: for example, equipment that can be reused after disinfection appears in the medical industry for the first time. 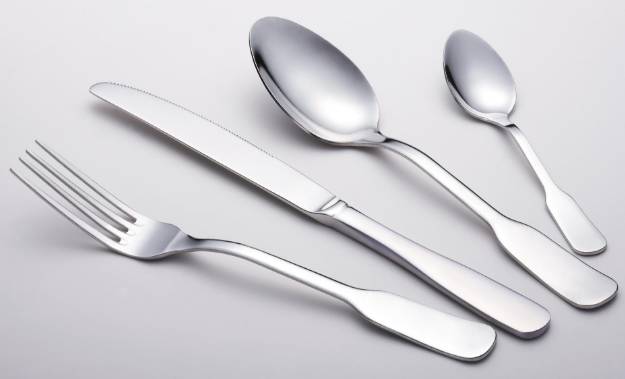 Compared with gold, which has been used for 9000 years, aluminum, this kind of white metal with blue light, can only be regarded as a baby among metal materials. Aluminum came out and was named in the early 18th century. Unlike other metal elements, aluminum does not exist in nature as a direct metal element, but is extracted from bauxite containing 50% alumina (also known as bauxite). Aluminum in this form in minerals is also one of the most abundant metal elements on our planet.

When aluminum as a metal first appeared, it was not immediately applied to people's lives. Later, a batch of new products aimed at its unique functions and characteristics gradually came out, and this high-tech material gradually has a wider and wider market. Although the application history of aluminum is relatively short, the output of aluminum products on the market now far exceeds the sum of other non-ferrous metal products.

Typical uses: vehicle skeletons, aircraft parts, kitchen utensils, packaging and furniture. Aluminum is also often used to reinforce some large building structures, such as the statue of Eros on Piccadilly Circus in London and the top of the Chrysler Automobile Building in New York. Aluminum has been used as a reinforcement material. 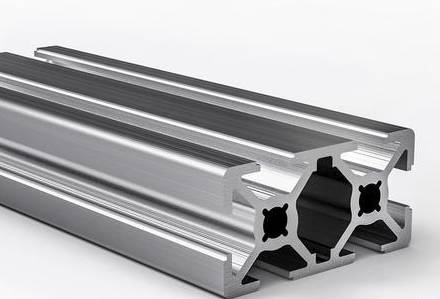 Magnesium is an extremely important non-ferrous metal. It is lighter than aluminum and can form high-strength alloys with other metals. Magnesium alloys have light specific gravity, high specific strength and specific rigidity, good thermal and electrical conductivity, and good damping reduction. It has the advantages of vibration and electromagnetic shielding performance, easy processing and forming, and easy recycling. But for a long time, due to the high price and technical limitations, magnesium and magnesium alloys have only been used in a small amount of aviation, aerospace and military industries, so they are called "noble metals". Nowadays, magnesium is the third largest metal engineering material after steel and aluminum. It is widely used in aerospace, automotive, electronics, mobile communications, metallurgy and other fields. It can be predicted that due to the increase in the production cost of other structural metals, the importance of magnesium in the future will become greater. Sex becomes greater. Sex becomes greater.

The proportion of magnesium alloy is 68% of aluminum alloy, 27% of zinc alloy, and 23% of steel. It is commonly used in automobile parts, 3C product shells, and building materials. Most ultra-thin laptop and mobile phone shells use magnesium alloy as the shell. Since the last century, human beings still have an indelible love for metal texture and luster. Although plastic products can form a metal-like appearance, their luster, hardness, temperature, and texture are still far from metals. As a new type of metal raw material, magnesium alloy gives people the feeling of a high-tech product. 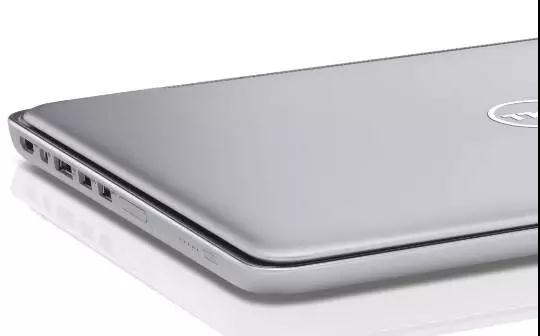 Copper is simply an incredible universal metal, and it is so closely related to our lives. Many early human tools and weapons were made of copper. Its Latin name "cuprum" originated from a place called Cyprus, which is an island rich in copper resources. People use the abbreviation of the island name Cu to name this metal material, so copper has its current code name.

Copper plays a very important role in modern society: it is widely used in building structures as a carrier for transmitting electricity. In addition, it has been used by people of different cultural backgrounds for thousands of years as a raw material for making body decorations. . From the initial simple decoding and transmission to the key role played in complex modern communication applications, this malleable, orange-red metal has accompanied our development and progress. Copper is an excellent electrical conductor, and its electrical conductivity is second only to silver. In terms of the time history of people's use of metal materials, copper is the metal with the longest use by mankind after gold. This is largely because copper mines are easy to mine and the copper industry is relatively easy to separate from copper mines. 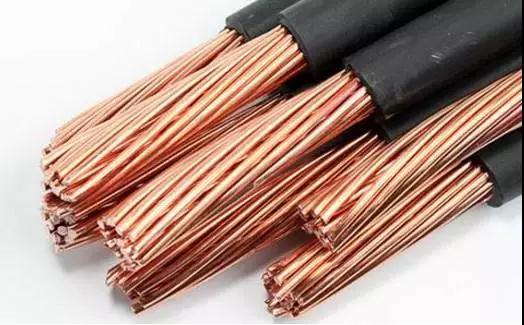 Sewer covers are an inconspicuous part of our daily environment, and few people pay attention to them. The reason why cast iron has such a large and wide range of uses is mainly due to its excellent fluidity and its easy pouring into various complex shapes. Cast iron is actually the name of a mixture of multiple elements, including carbon, silicon and iron. The higher the carbon content, the better the flow characteristics during the pouring process. Carbon is here in the form of graphite and iron carbide.

The presence of graphite in cast iron gives the sewer cover excellent wear resistance. Rust generally only appears on the top layer, so it is usually polished. Even so, there are special measures to prevent rust during the casting process, that is, a layer of asphalt coating is added to the surface of the casting, and the asphalt penetrates into the pores on the surface of the cast iron to prevent rust. The traditional process of producing sand mold casting materials is now used by many designers in other newer and more interesting areas.

Typical use: Cast iron has a history of hundreds of years of application, involving construction, bridges, engineering parts, household appliances, and kitchen appliances and other fields.

The most common form of chromium is used as an alloying element in stainless steel to enhance the hardness of stainless steel. Chrome plating process is usually divided into three types: decorative plating, hard chrome plating and black chrome plating. Chromium plating is widely used in the engineering field. Decorative chromium plating is usually used as the outermost layer to be plated on the outside of the nickel layer. The plating layer has a polished effect like a mirror. As a decorative post-treatment process, the thickness of the chrome plating is only 0.006 mm. When planning to use the chromium plating process, we must fully consider the danger of this process. In the past ten years, the trend of hexavalent decorative chromium water being replaced by trivalent chromium water has become more and more obvious, because the former is very carcinogenic, while the latter is considered to be relatively less toxic.

Titanium is a very special metal. It is very light in texture, yet very tough and corrosion resistant. It retains its own color for life at room temperature. The melting point of titanium is similar to that of platinum, so it is often used in aerospace and military precision parts. After adding electric current and chemical treatment, different colors will be produced. Titanium has excellent resistance to acid and alkali corrosion. Titanium that has been immersed in "aqua regia" for several years is still shiny and radiant. If titanium is added to stainless steel, only about one percent is added, which greatly improves rust resistance.

Titanium has excellent characteristics such as low density, high temperature resistance, and corrosion resistance. The density of titanium alloy is half that of steel and the strength is similar to that of steel; titanium is resistant to high temperatures and low temperatures. High strength can be maintained in a wide temperature range of -253℃~500℃. Metal processing WeChat, the content is good, worthy of attention. These advantages are necessary for space metal. Titanium alloy is a good material for making rocket engine shells, artificial satellites, and spacecraft. It is called "space metal". Because of these advantages, titanium has become a prominent rare metal since the 1950s.

Titanium is a pure metal. Because of the "pureness" of titanium metal, when a substance comes in contact with it, there will be no chemical reaction. That is to say, because of the high corrosion resistance and stability of titanium, it will not affect its essence after long-term contact with people, so it will not cause human allergies. It is the only one that has no effect on human autonomic nerves and taste. Metals are called "biophilic metals".

The biggest disadvantage of titanium is that it is difficult to extract. This is mainly because titanium can combine with oxygen, carbon, nitrogen and many other elements at high temperatures. Therefore, people once regarded titanium as a "rare metal". In fact, the content of titanium accounts for about 6‰ of the weight of the earth's crust, more than 10 times more than the sum of copper, tin, manganese, and zinc.

Zinc, shining silver and slightly blue-gray, is the third most widely used non-ferrous metal after aluminum and copper. A statistics from the U.S. Bureau of Mines shows that an average person consumes a total of 331 kilograms of zinc in his lifetime. Zinc has a very low melting point, so it is also a very ideal casting material.

Zinc castings are very common in our daily life: the materials under the surface of the doorknob watch layer, faucets, electronic components, etc., zinc has extremely high corrosion resistance, this feature makes it have another most basic function, namely As the surface coating material of steel. In addition to these functions, zinc is also an alloy material that is combined with copper to synthesize brass. Its corrosion resistance is not only applied to steel surface coatings-it also helps to strengthen our human immune system.

Typical use: electronic product components. Zinc is one of the alloy materials that form bronze. Zinc also has cleanliness and anti-corrosion properties. In addition, zinc is also used in roofing materials, photo engraving disks, mobile phone antennas, and shutter devices in cameras.